If there’s one thing I love and rely on often, it’s one pot/pan meals. They’re easy, quick, and usually packed with flavor. Even more so when made in a slow cooker! Another plus is you can make a ton of it and have it for a couple of days.

One of my favorite Mexican stews is Green Chile or Chile Verde. It usually consists of cubed pork, potatoes and green sauce made with green chiles. It’s meant to be accompanied with tortillas, rice and beans, but I don’t eat any of those so I instead upgrade the recipe by adding a ton of other veggies and making it a green chile plus veggies stew!

You can also make it in a pot, just throw everything in, bring it to a boil and then let it simmer for about 2 hours, or until the tomatoes and chiles dissolve and it becomes thick. Then serve in a bowl and enjoy!

While I make it with the traditional pork, you can use any other meat like beef, chicken, lamb, bison, etcetera. Or, if you don’t eat meat, you can easily add more vegetables or substitute the meat with tofu and make it a vegan green chile stew!!

I also realize chayote squash may be hard to find in some places, but you can substitute it with zucchini or any other vegetable of your choice. Use this more as a flavor and texture guideline. Try it out, experiment with different ingredients, and share your experiences with us! 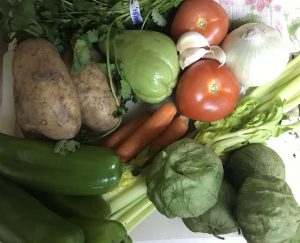 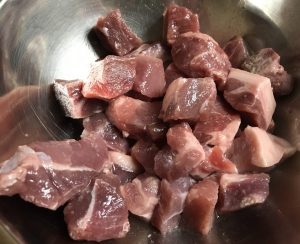 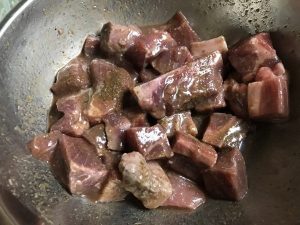 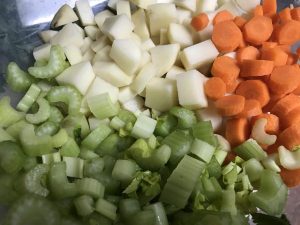 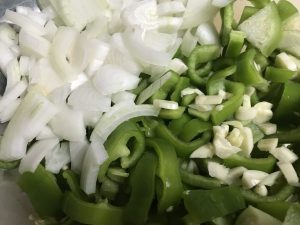 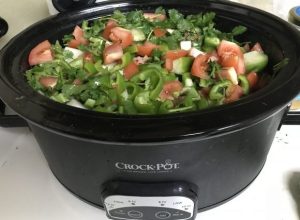 I added a bit too much broth to mine so it’s soupier, but it’s still delicious!

Are you ready to get fit but on a budget? Are you a beginner and dislike big classes you can't keep up with? Check out our FREE 30-minute classes in partnership with @liveactiveep 4 days a week! They are all-levels and you get a full workout in only 30 minutes.
Leg + glutes workout!
Finished meal prep! Check out the previous reel for the whole process of my 1st time meal prepping!
Try this combo move on your next workout! It works core, back, and shoulders. Grab some light weights, lean back, and lift your feet off the ground (or keep heels on the floor if modifying), then draw half circles with straight arms.
New class schedule for January 2023!
Happy New Year! 2023 is here, which means festivities are done and life goes back to normal. This time of winter is the perfect time to begin your fitness journey and sculpt your summer body!
Happy New Year! 🎉🥂
Have a healthy, happy 2023!! 🎉✨
Our diet can make or break our fitness goals as well as our immunity and overall health. Exercise is super important but our diet is just as much.