2017 was a very rough and stressful year for me. My dad was sick and getting weaker by the day so I was basically living at my parents’ taking care of him and taking him to doctors and labs in Mexico, where just driving alone is stressful, even more in the triple-digit heat and while carrying all that concern on your shoulders. Oh, and this was all while working my several online jobs and studying for a second fitness certification… My dad only got worse, doctors didn’t know what was wrong and he passed away by the end of the summer. Though that felt like a relief -he wasn’t suffering anymore-, it was really just another stressor.

About halfway through that summer, I started getting hives suddenly on my stomach, back, and arms; like an allergic reaction. I didn’t know what it was since I wasn’t eating anything different. Was it the heat? My sweat? I also suddenly became allergic to NSAIDs. Was it related?

[Above: A not-so-bad day. Several times a day. There were much worse days but I can’t find images.]

After a million cleanses and elimination diets, nothing was helping or giving answers. Like clockwork, I’d get hives in the evenings, plus if I was out in the sun or sweating too long, and sometimes even from the moment I woke up! I did some research and finally came upon the fact that “Stress Hives” are something that happens, and considering the summer I was having, I figured that was it.

I even went to a doctor who sent me to get an allergy test to figure out the NSAID allergy, and he said that, if they were stress hives, I just needed to relax. Trust me I was trying… Oh, and the allergy test turned up nothing. Other than I’m supposedly allergic to everything from this area: dust, all kinds of weeds and bushes, molds, roaches, cats (ha!), dogs, etc…

After every Toning at the Park class, I’d be covered in hives from my neck to my legs. Every day. Or if I was out in the heat too long, or just because it was 4:00 pm. All the time, any time, I could break out into hives. But suddenly, it stopped.

Here’s the story, and it happened in steps as I did research and saw doctors. Of course, this whole time, I was following a mostly primal diet, intermittent fasting and exercising regularly. So basically, living my regular life. Plus tons of stress for a few months. 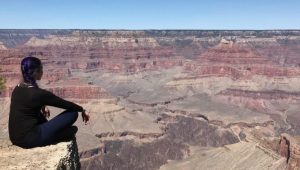 Meditation and Yoga: As soon as I found the hives could be stress related, I started meditating at least once a week again and doing more yoga;it actually became my everyday workout! The more often I meditated, the less often the hives would come. If I missed a week, they’d come back with a vengeance. It helped calm them, but clearly, just stress wasn’t the root of the situation. Though it did help reduce them somewhat.

Supplements: In order to reduce my stress level and balance my body which had obviously become offset by a stressful time, I dug through a combination of supplements that could help and came across Ashwagandha. Ashwagandha is an adaptogenic herb used in Ayurvedic medicine.  What that means is that it stabilizes and balances physiological processes to achieve homeostasis and lowers stress levels.

Ashwagandha did help with a hormonal issue, and my stress level did go down a bit (I guess?). The hives, however, were still there 80% of the time. For the hives I was getting at the park from my newfound allergies, I got nettle, which did not work for me at all, unfortunately.

In order to treat seasonal allergies and strengthen my immune system to treat something else, I decided to get my trusty Quercitin and Bromelain supplement, which had helped me a lot with congestion due to allergies and to prevent the flu and such while in Japan. It is a great immunity booster! Besides that, I got an Echinacea and Goldenseal extract to take for 10 days as treatment. This little infection I was fighting didn’t stand a chance!

Well, about a week into the 10 days of this combo (Quercitin & Bromelain, Ashwagandha, and Echinacea & Goldenseal), I noticed I didn’t have any hives when I came back from the park! Hmm… AWESOME! But… odd… All I could hope was that they wouldn’t come back once I stopped taking the Echinacea Goldenseal extract.

The thing about Echinacea Goldenseal is that it is a magnificent natural antibiotic, hence why it’s used to fight off the flu before it even starts, as well as all kinds of other infections. The downside is that, much like regular antibiotics, when taken in large doses and for too long (over 10 days), it can be hard on your intestinal flora which gets taken along with the invading organisms.

I have a theory, based on the fact that our gut bacteria can even affect our brains, the way we think, and act (I am not making this up! watch this Sci-Show video). Now, if stress can affect how our DNA regenerates, thus leading to mutations which manifest as all kinds of ailments (allergies being one), it wouldn’t be farfetched to think that during that period of high stress, my DNA may have been copied incorrectly, thus leaving me with a physical (allergic) response to anything that could be perceived as stress by my body, which includes all the local flora and fauna I was exposed to during those months.

But… I’ve been stressed before, why hadn’t this happened before? In my theory, there may be a second/alternate culprit. A bacteria I picked up from eating and drinking in all kinds of places that I wasn’t used to anymore (street tacos, eating on the go, etc…), or maybe even from the hospital visits.

My Theory and Final Thoughts

My theory is that, while my immune system was weak from too much physical and mental stress, I caught a bacteria that had been living in my gut this whole time and was affecting the way my body was reacting to stress, dirt, plants, etcetera. And after a 10 day Echinacea Goldenseal antibiotic treatment, I killed it! It’s been days already and still no hives, even after working out at the park!

Unfortunately, I took the treatment about 3 days longer than I was supposed to because my mom was very sick and stayed with us before out LA trip and I didn’t want to get sick. SO, I didn’t get sick, but all my intestinal flora is, unfortunately, gone… I can’t eat apricots or very spicy salsas until I replenish my gut with some probiotics!

As I was getting ready to finish this blog post, I have had a tiny recurrence of hives! Oh no! However, the only thing that is different is that for 2-3 days, I drank coffee that I made in an old coffee maker my parents gave me last year. Now, it had been in storage for a long time, but I thoroughly cleaned it, running it with bleach and baking soda and then clean water for several rounds before I used it for almost a year. So it couldn’t be the machine… right?

Mold? One of the things it turned out I’m allergic to is mold, different kinds too. Coffee can mold easily and that is one of the reasons you don’t drink coffee during a candida cleanse. Here’s the thing; instead of disposable coffee filters, we use a reusable one. This saves money and reduces our carbon footprint. *Yay, we’re green!* But what if we’re not washing the filter/machine well enough and mold somehow gets in our coffee? Or is it the old machine? I had coffee every day while in LA last week and nothing happened, so it’s not the coffee itself. Not until I used my machine (which I’d stopped using weeks ago when we got an electric kettle to make tea)…

As soon as I saw the first hives this time, I started taking the echinacea & goldenseal extract a couple of times a day again, and though I got a few little red spots the second day, they were small and fewer, by the third day (today), only a couple of little rashes appeared. So… now I’m back to square one. Is it a bacteria? Is it a mold allergy? are they truly “stress” hives? Why do echinacea & goldenseal help?

Anyway, what do you think about my story/theory? I was super thrilled because I didn’t know if I was ever going to be able to get rid of those hives or get to the bottom of what was happening… It’s so frustrating and embarrassing to just break out in hives randomly! And I thought, ‘no more!’ But now I’m not so sure…

Do you suffer from stress hives or chronic hives? Would you give meditation and herbs a try? Have you cured any chronic conditions with Echinacea Goldenseal or any other herb? If you’re a doctor/biohacker/herbologist, do you think my theory is correct? Talk to me in the comments below!

Hives are completely gone! Apparently, I am allergic to mold and a coffee maker that’s not properly cleaned often enough will probably have some mold and therefore the coffee coming from it may make me react. I have not had any flare-ups since I wrote this 2 months ago and I’ve had coffee from Dunkin’ Donuts and Starbucks (good job to them!) and I’ve switched to pour-over coffee. Looks like it’s under control!

2 thoughts on “How I Cured My Chronic Hives”

Strength + Power class. Available at 9am and 6pm on Wednesdays, only at Fit Lizzy's!
Happy #fitfriday! Make sure not to skip your workout today!
It's Friday Jr.! And we HIIT it HARD today! 🔥🔥🔥
🎄Holiday gainz specials extended! + always affordable group class memberships! ✨
Are you a personal trainer full of positive energy and with a growing clientele? Looking for a clean, private, female-friendly space to see your clients? Fit Lizzy’s might be the place!
Quick autumn meal!
🎄⚠️Pro tip: The holidays are not when you should take a break from working out. In fact, you should be working out harder and more often! 🤯
There's a little urban farm in downtown Manhattan!! Give it a try! #growyourfood
The sign really pulls it all together. 🤩